"Joe Locke might just be this generation's Milt Jackson. And with Force of Four he might be headed to the year's top ten lists again." All About Jazz 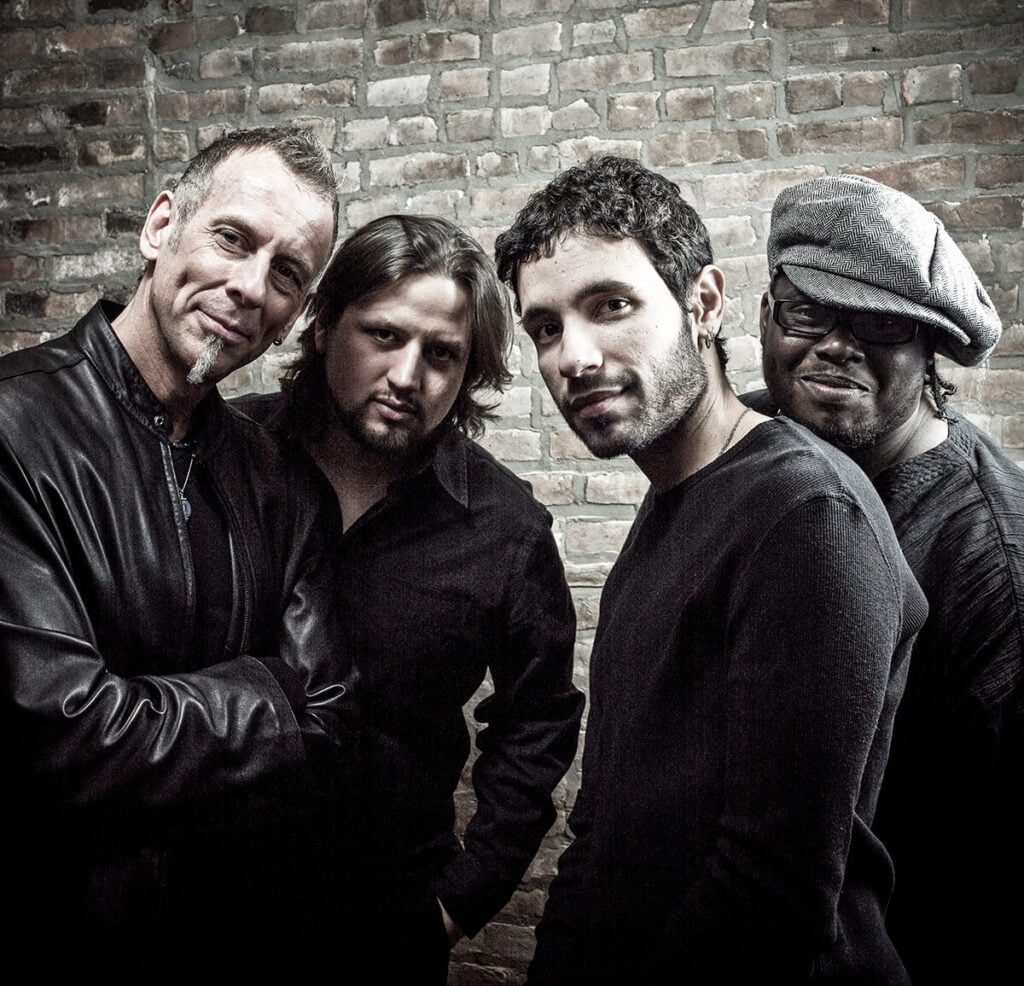 When Joe Locke and pianist Robert Rodriguez slow the tempo, we get a tantalizing hint of what Gary Burton and Chick Corea might have sounded like if their famed duo sessions had been opened up to include bass and drums—and the notion that it wouldn’t have been a terrible idea. Bassist Ricardo Rodriguez and percussionist Johnathan Blake don’t intrude upon the exquisite vibes-piano powwow. They augment it so effectively that this CD becomes an affirmation that Locke’s new quartet is a keeper.

If Locke’s original “Ruminations” and his “Available in Blue” recall the pellucid simpatico of Crystal Silence, the quartet’s uptempo rambles take us to more distant terrain. Lines by the Rodriguezes, Robert’s “Like Joe [Henderson]” and Ricardo’s “Ricky’s Tune,” coax Locke into a youthful, virtuosic early Burton sound with occasional detours into Bobby Hutcherson. Or sample the quartet’s cover of “Laura” with its ethereal cascades and Rodriquez’s agitated keyboard work, resurrecting a group dynamic akin to the Andrew Hill combos with vibists Hutcherson and Walt Dickerson.

Locke invites Wayne Escoffery to infuse some funk into the party on two tracks. The tenorist responds with Turrentine-inflected aplomb on Locke’s “Alpha Punk” and even more zestfully on “Blue November,” a line by vibist Christos Rafalides. Interestingly, Escoffery is not invited for “No Moe,” a Sonny Rollins tune that he first recorded with the MJQ in 1953. There it’s Thomas Marriott on muted trumpet who spices up the texture, cresting with Gillespie-like exuberance after a torrid Locke solo. The “Moe” makeover features stop-and-go rhythmic underpinnings, fostered by Rob-Rod, that vanish when the pianist himself takes his two choruses. With Blake contributing his little coda, this may be the most satisfying track on a CD brimming with its touted force and balanced with grace.